We are pleased to release the 2019 edition of Berkeley Lab’s Utility-Scale Solar report, which presents analysis of empirical project-level data from the U.S. fleet of ground-mounted photovoltaic (PV) and concentrating solar-thermal power (CSP) projects with capacities exceeding 5 MWAC. While focused on key developments in 2018, this report explores trends in deployment and project design, installed project prices, operating costs, capacity factors, power purchase agreement (PPA) prices, and the levelized cost of energy (LCOE) among the U.S. fleet of utility-scale solar projects. This year’s edition also includes a new section focused on the wholesale market value of solar.

Key findings from this year’s report include: 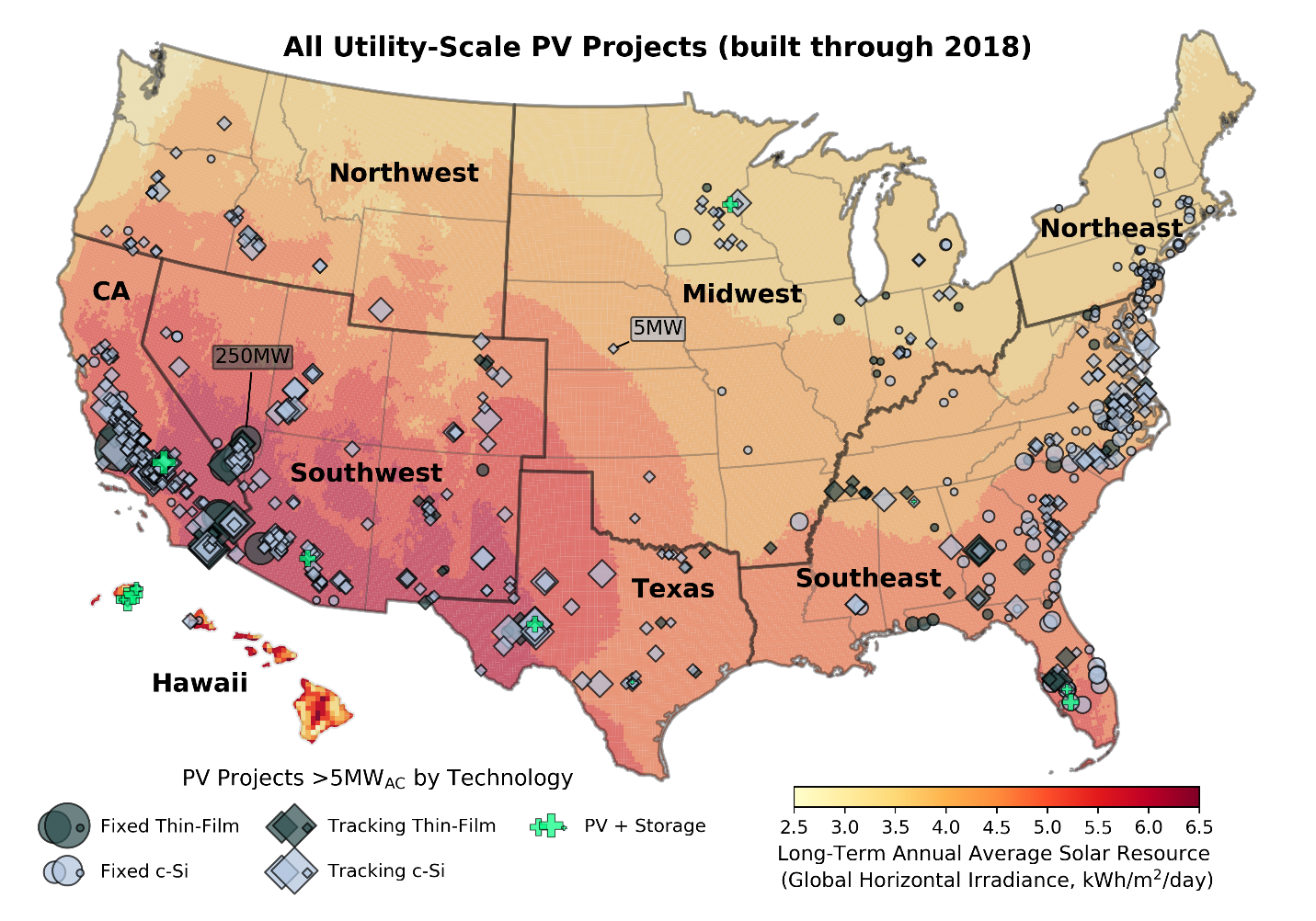 The full Utility-Scale Solar report, along with an accompanying summary slide deck, a data file, and a number of interactive data visualizations, can be found at utilityscalesolar.lbl.gov.

The report authors will summarize key findings from the report via a free webinar on Thursday, January 9th at 10 AM Pacific/1 PM Eastern.

Berkeley Lab is also seeking feedback on the report through this brief questionnaire, which will help us to refine future editions.