We are pleased to announce the release of Lawrence Berkeley National Laboratory’s 2020 Utility-Scale Solar Data Update. The release provides an updated overview of data and trends in ground-mounted solar projects in the United States that are larger than 5 MWAC, in the form of a comprehensive data file, a briefing slide deck summarizing select insights, and a series of data visualizations. Highlights this year include:

More than 4.5 GWAC achieved commercial operations in 2019, bringing cumulative capacity to 29 GWAC. Projects are spread across all 10 regions that we track, though more heavily concentrated in the sunniest regions. 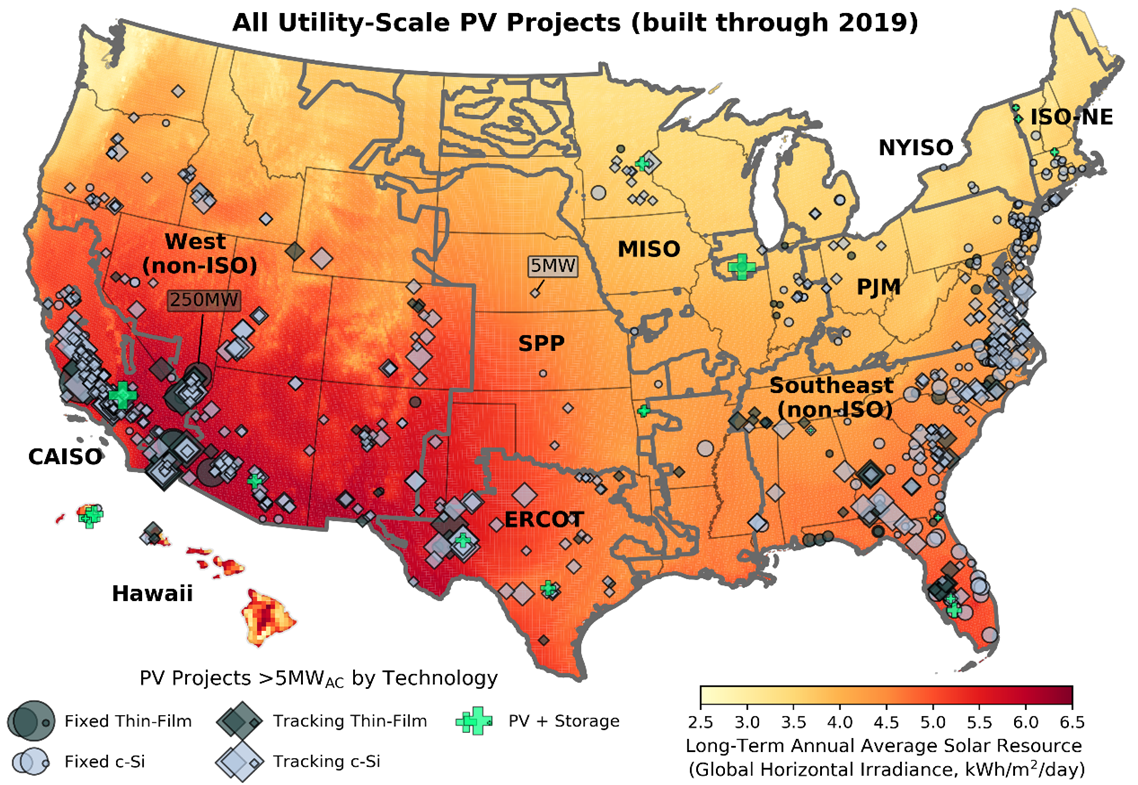 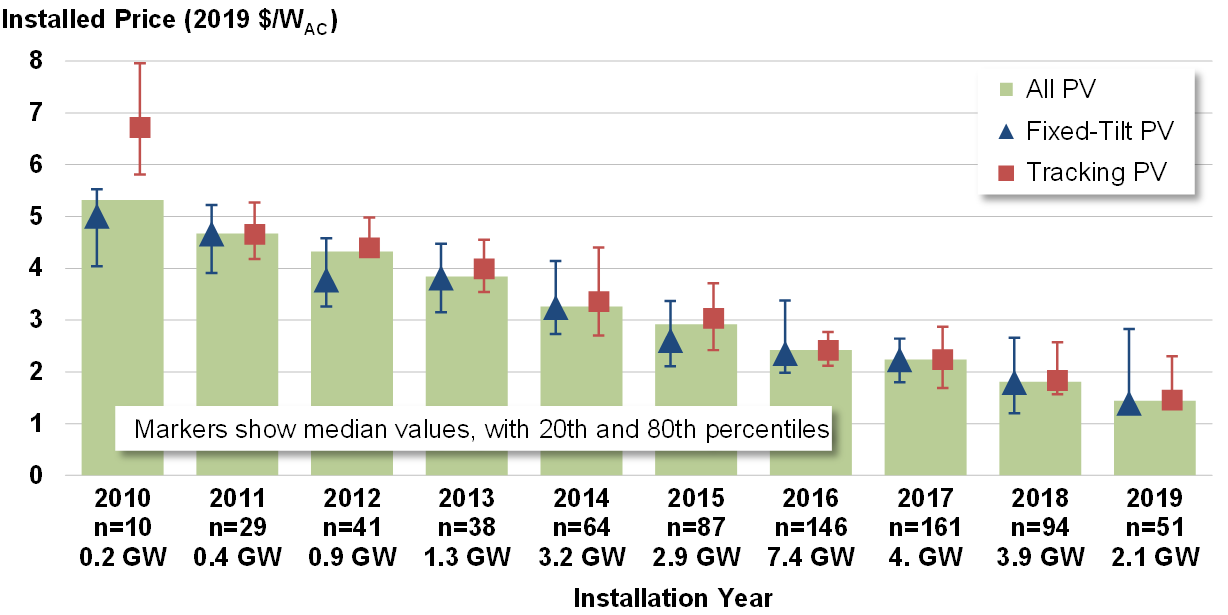 Average capacity factors range from 17% in the least-sunny regions to 30% where it is sunniest. Single-axis tracking adds roughly five percentage points to capacity factor in the regions with the strongest solar resource. 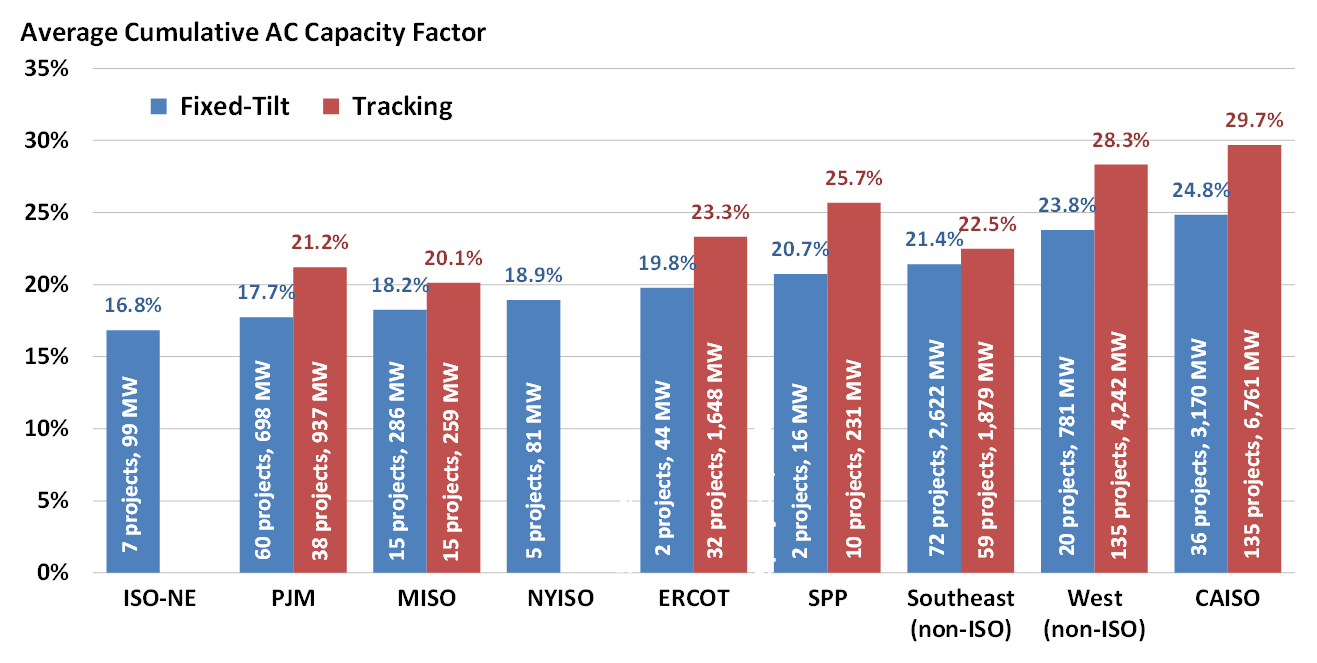 Not including the 30% investment tax credit (ITC), the median levelized cost of energy (LCOE) from utility-scale PV has declined by 85% since 2010, to $40/MWh in 2019. When the 30% ITC is included within the LCOE calculation, the median LCOE closely tracks the median PPA price over time. 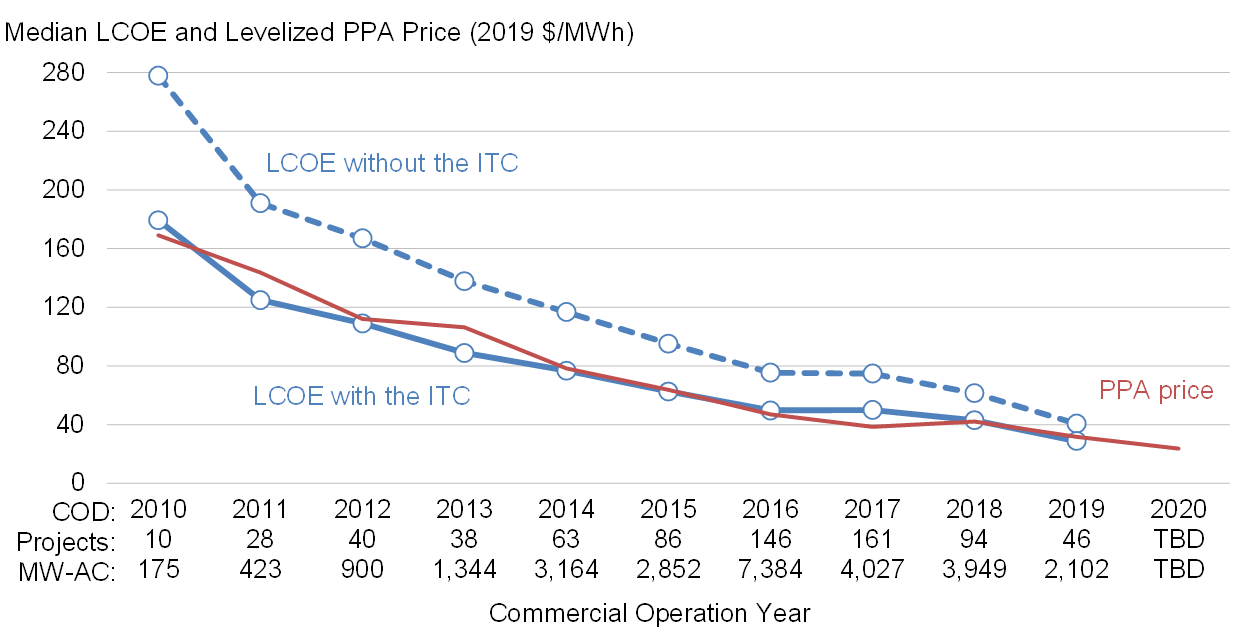 In higher-penetration markets like CAISO, the value of solar has been declining, but falling PPA prices have largely kept pace, preserving solar’s net value. 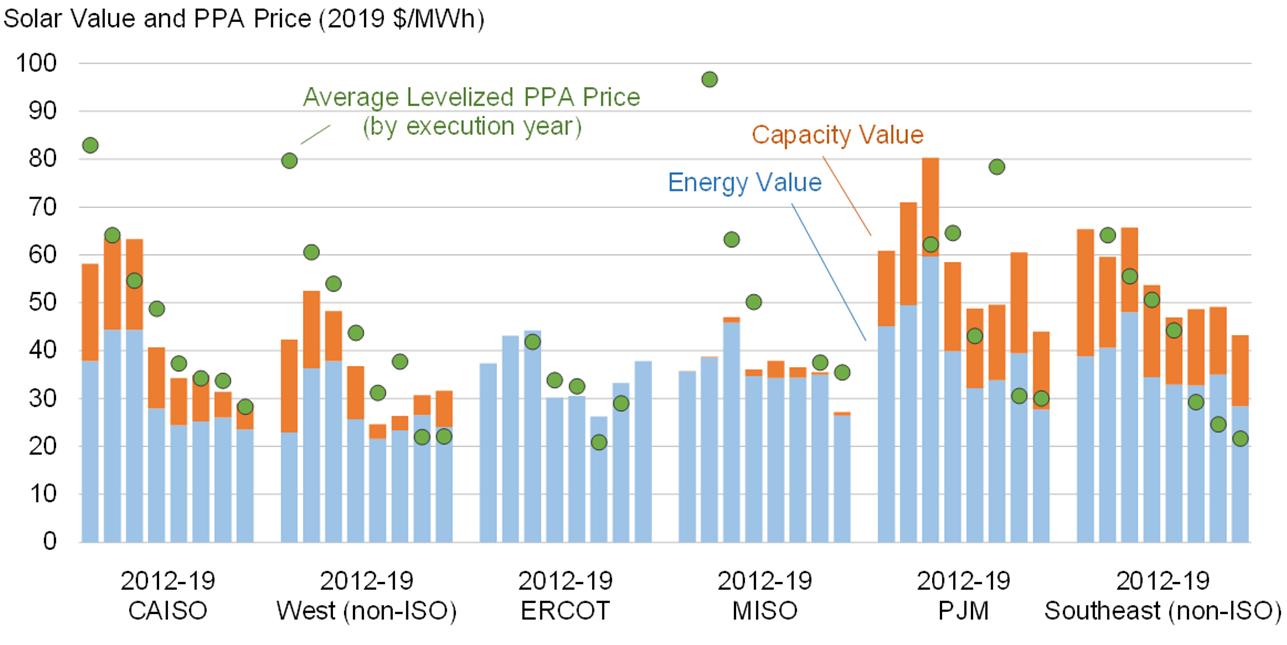 At the end of 2019, there were nearly 370 GW of solar in interconnection queues from all 7 ISOs and 30 additional utilities across the country. Nearly a third of this proposed solar capacity is paired with battery storage. 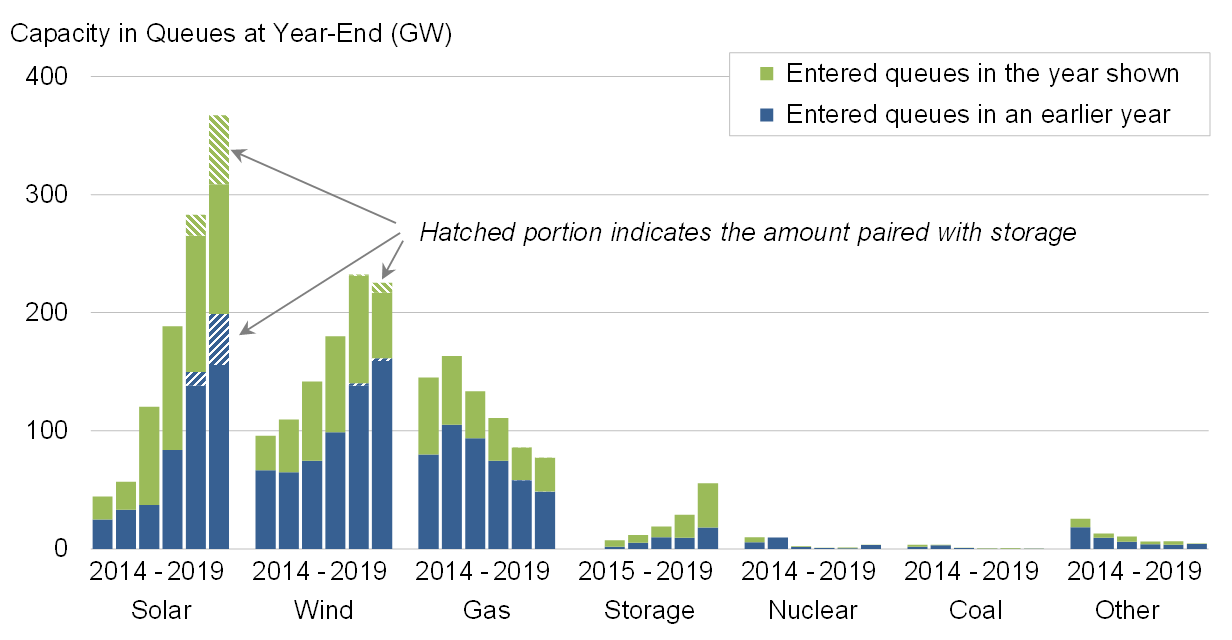 The briefing slide deck, an Excel-based data file, and a series of data visualizations can all be found at: utilityscalesolar.lbl.gov.