Increasing the penetration of photovoltaics (PV) reduces the marginal grid value of PV electricity, which potentially limits solar deployment and thus impedes the achievement of decarbonization goals. PV project developers can alter the design of plants in ways that preserve this value. Developers can make simple tilt and azimuth adjustments or incorporate more transformational changes such as vertical bifacial modules, provision of ancillary services, and addition of energy storage.

A new study from Berkeley Lab, appearing in Applied Energy, analyzes the net value (accounting for both cost and grid value) of these strategies in the United States. The study offers a comprehensive analysis of the cost and value of multiple standalone and hybrid PV+storage configurations across various solar penetrations associated with historical and projected U.S. wholesale power prices.

Options for shifting the timing of PV production

We evaluate the grid value and costs of grid-friendly PV options using wholesale market prices from a major trading hub in California (SP15) near the center of existing PV deployment in California. Figure 2 shows the cost and value of a subset of grid-friendly configurations relative to the base PV plant.

The largest increases in value relative to the base PV plant are achieved by better aligning production timing with high wholesale prices that signal times of greatest grid needs. The value of the grid-friendly options relative to the base PV plant depends on system-wide solar penetration, which increases from 1.4% in 2012 to 16.3% in 2018. With higher solar penetration, the timing of the highest wholesale prices shifts from summer afternoons to summer evenings, whereas the lowest prices occur midday in non-summer months.

The impact of higher solar penetration on value added by a grid-friendly option depends on the way production is shifted by the option. PV plants with tracking, the vertical bifacial configuration, or storage have greater value at 16.3% penetration than at 1.4% penetration because each option shifts solar production to higher-priced hours in the mornings and, especially, in late afternoons to evening, relative to the base PV plant.

In contrast, the increased value of west-facing PV is greater at 1.4% than at 16.3% solar penetration. At 1.4% penetration, westward orientation aligns peak PV production with peak wholesale prices in the summer, at around 2–3 pm. At 16.3% penetration, summer prices peak after 6 pm; westward orientation still increases grid value, but the increase is less than when penetration is 1.4%. This finding suggests limits on the effectiveness of west-facing PV for mitigating declining marginal grid value with higher solar penetration. 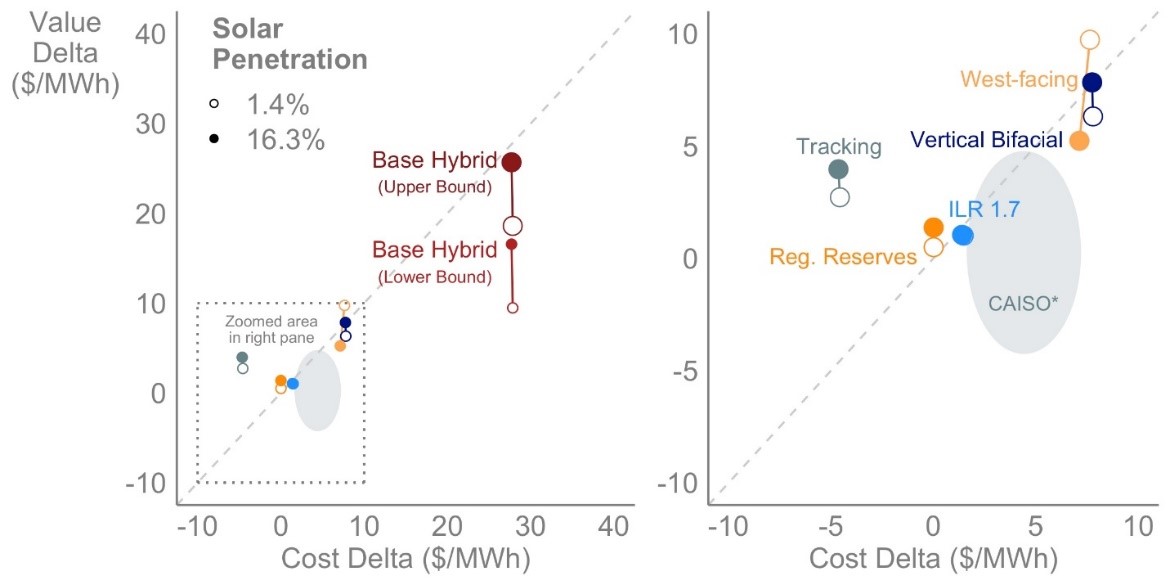 Figure 1. Value and Cost of Grid-Friendly PV Options Relative to the Base PV Plant in California. Alternatives that increase value by more than they increase costs relative to the base PV plant are on the upper left side of the dashed line. The gray oval marked “CAISO*” illustrates how value and cost vary with alternative locations across CAISO.

Maximizing the benefits of storage via high PV production

We show that the attractiveness of adding storage to PV depends on the configuration of the PV subsystem (i.e., of the PV elements of the solar+storage system)—mostly because of cost differences rather than value differences. Also, the configurations of the PV subsystem that change the timing of PV production become redundant with the addition of the energy-shifting capabilities of storage.

Irrespective of the PV subsystem production profile, the output of solar+storage hybrid plants during the highest-priced summer evening hours is similar. Storage acts as a buffer that can shift limited energy from any time during the day to the highest-priced hours in the early evening; thus, hybrid performance during high-priced hours is largely independent of the PV subsystem production profile.

In particular, PV subsystem configurations that sacrifice overall production to better align solar production with times of system need (such as the west-facing and vertical bifacial configurations) are less attractive with storage than options that increase annual production, such as the 1.7 ILR AC-coupled hybrid (Figure 2). This result contrasts with our analysis of standalone PV configurations (Figure 1), in which PV with a 1.7 ILR is no more attractive than the base PV plant.

Further increasing production by combining a high ILR, tracking, and DC-coupled batteries results in the most attractive hybrid option. The net value of the DC-coupled, 1.7-ILR tracking configuration exceeds the net value of the standalone tracking PV plant in CAISO using wholesale prices from a year with high PV penetration. 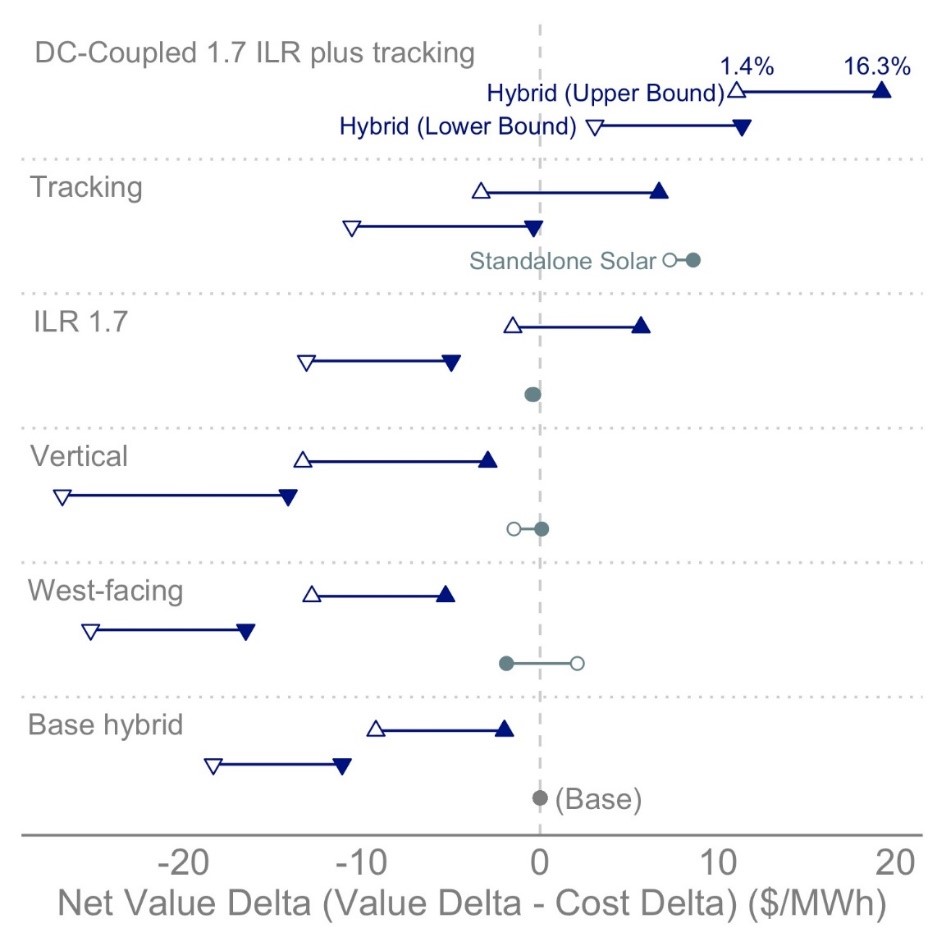 Figure 2. Difference in Net Value of Standalone and Hybrid Grid-Friendly PV Options Relative to the Net Value of the Base PV Plant. Net value is the difference between the value of a configuration and its levelized cost relative to the base PV plant.

Strategies that maximize PV generation—including solar tracking and oversized PV arrays—provide the largest net-value gains when combined with storage, especially at high PV penetrations. Under almost all the scenarios we analyze, a DC-coupled hybrid plant with a high ILR and single-axis tracking provides the most net value when the PV penetration is high. This finding aligns with the growing commercial interest in hybrid solar+storage plants. Based on our results, the rise of hybrid solar+storage plants fundamentally changes the design space for PV configurations.

Register for a free webinar with the authors on October 6, 2021, at 10 am PT / 1 pm ET. Registration link: https://lbnl.zoom.us/webinar/register/WN_bC--WGnDT22EW_FJ1a_Eqw