Berkeley Lab compiled data from all seven ISOs/RTOs in concert with 30 individual utilities, representing about 80% of all U.S. electricity load. We include all projects in these generation interconnection queues through the end of 2019, excluding projects that had been built, withdrawn, or suspended at that time.

The compilation demonstrates that, on a national basis, developer interest is focused, in descending order, on solar, wind, natural gas, and stand-alone storage plants (see figure below). At least 367 GW of solar was active in the queues at the end of 2019, followed by wind (226 GW), natural gas (77 GW), and stand-alone storage (55 GW). The nuclear, coal, and other categories sum to 8 GW. 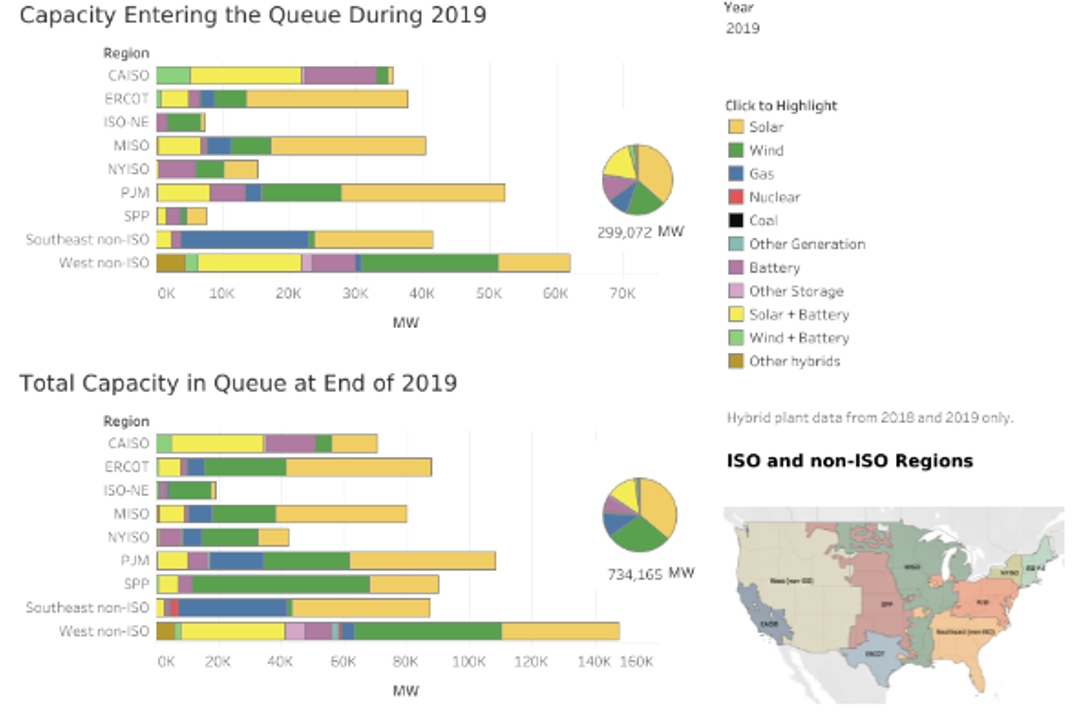 Hybrid power plants are of growing interest, especially solar paired with storage. At least 102 GW of the solar in the queues is proposed as a hybrid plant (28% of all of the solar in the queues), followed distantly by 11 GW of wind proposed as a hybrid (5% of all wind in the queues). The proposed solar+storage plants are located throughout the United States, but with California and the non-ISO West being the most prominent areas of commercial interest. Proposed wind+storage and standalone storage plants also center on these regions of the country (see figure below).